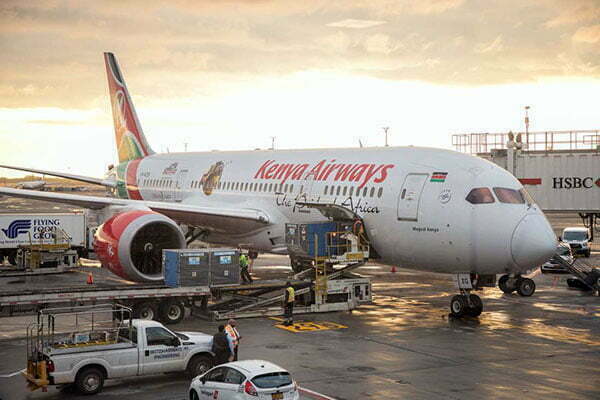 Kenya Airways has announced that it has formally withdrawn its bid to takeover the management of Jomo Kenyatta International Airport.

In a press release, KQ said the bid had sparked an important debate on the country’s aviation sector management.

“KQ’s Board and Management believe that the PIIP has catalysed important discourse about the future of Kenya’s civil aviation, which is now being led by the Government of Kenya. Kenya Airways looks forward to continued collaboration with all involved stakeholders of the process,” said Sebastian Mikosz, KQ Group CEO and Managing Director.

Essentially, the withdraw means that KQ will no longer pursue the takeover bid as private sector initiated bid. The decision was agreed on during the quarterly meeting of the Board of Directors held on August 27, 2019.

KQ initially submitted the PIIP for formal consideration by KAA and the PPP Committee on October 5, 2018. The Departmental Committee on Transport, Public Works and Housing of the National Assembly collected views from Kenyans and institutions in the aviation sector and submitted a report to parliament on June 17, 2019.

The report entitled, On The Inquiry Into The Policy, Human Resource, Legal Compliance And Issues Of Concern To The People As Contemplated Under Article 95 Of The Constitution In Relation To Kenya Airways’ Privately Initiated Investment Proposal To Kenya Airports Authority was adopted by the National Assembly on July 23, 2019. It recommended among others, the establishment of an Aviation Holding Company to consolidate the country’s aviation assets, including the nationalisation of KQ.